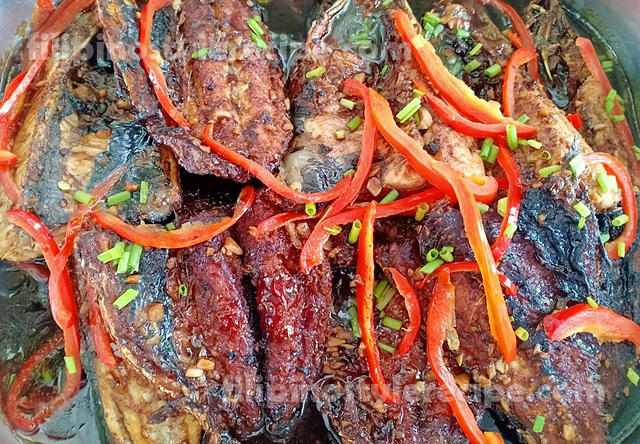 Procedures:
Part 1
1. Season fish with salt, dredge into flour then shake off to remove excess flour.
2. In a pan, heat cooking oil then fry until golden brown. Drain on paper towel and set aside.

Part 3.
1.In a serving plate, arrange the fish then pour teriyaki sauce over the fish. Garnish with bell pepper and spring onions.
2. Serve immediately then steamed rice. 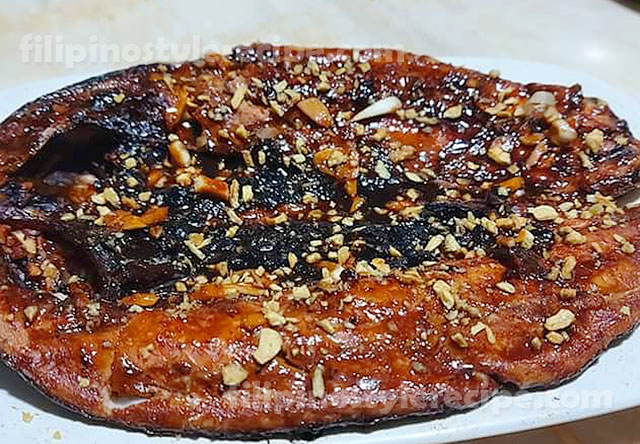 Procedures:
Part 1
1. In a bowl, combine marinade ingredients then mix well.
2. Add fish then cover and marinate for 30 minutes or overnight inside the fridge.
3. Pre-heat oven to 350 degrees Fahrenheit for 10 minutes.

Part 2
1. In a non-stick pan, grease with olive oil then place marinated fish skin side down.
2. Bake over 350 degrees Fahrenheit for about 15-20 minutes. Brush with remaining marinade from time to time.
3. Remove from the oven then transfer to serving plate. Sprinkle with toasted garlic then serve hot immediately. 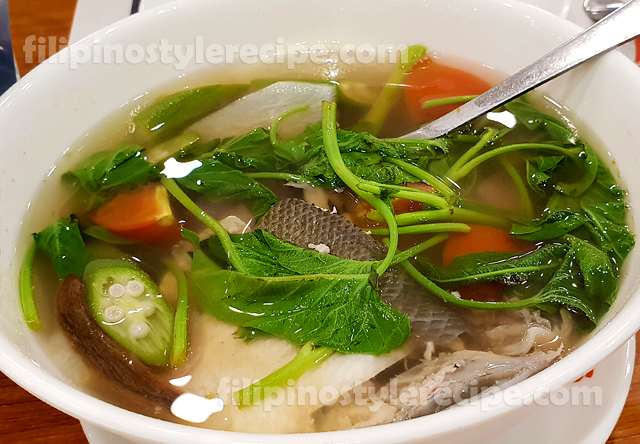 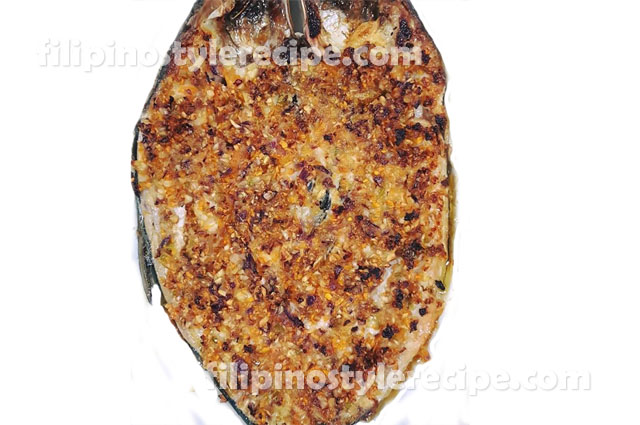 Part 2
1. Drizzle milkfish with olive oil. then wrap with aluminum foil.
2. Baked in a preheated oven over 200 degrees celsius for 20 minutes.
3. Remove from oven and open the aluminum foil.
4. Put back the fish then grill for another 5 minutes or until turned to brown.
5. Serve with toyomansi dipping sauce. 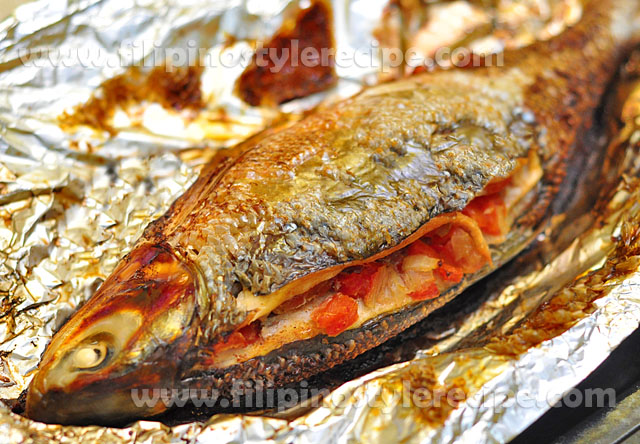 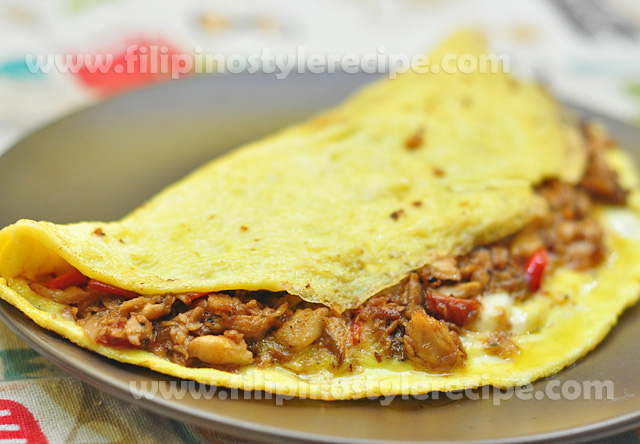 Procedures:
Part 1
1. In a separate bowl, beat the eggs and spring onions together until frothy. Set aside.

Part 2
1. In a pan, heat oil then saute ginger and onions until soft.
2. Add bangus flakes and red chili then stir cook for 3 minutes.
3. Add soy sauce, oyster sauce, salt and ground pepper then continue stirring for another 2 minutes.
4. Remove from the pan and set aside.

Part 3
1. In a same pan, melt butter in a low heat then pour egg mixture.
2. Cook until slightly set then top bangus flakes.
3. Continue cooking until bottom is fully set then gently fold omelet over.
4. Drain on paper towel then transfer into serving plate then sprinkle with remaining spring onions. Serve. 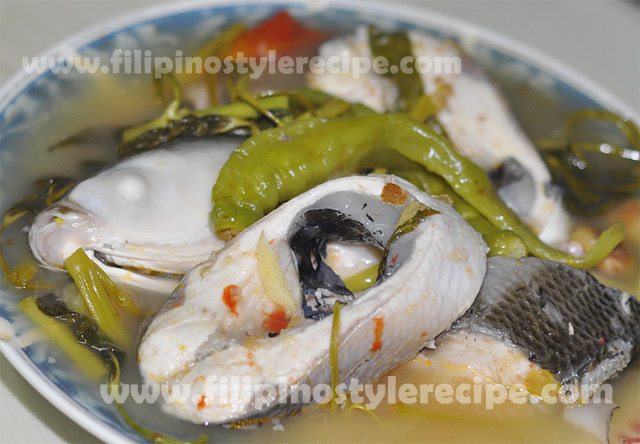 Notes:
If using tamarind instead of sinigang mix, here’s the procedure:
1. Boil tamarind until soften.
2. Pound and extract the juices.

Filipino Style Recipe: Sarciadong bangus is another simple and easy Filipino dish. This dish is a way to re-cooked left over fish. It is usually consist of fried bangus (or Leftover) then cooked in a combination of tomatoes and beaten eggs.

Estimated time of preparation and cooking: 20-30 minutes
Good for 3-5 persons 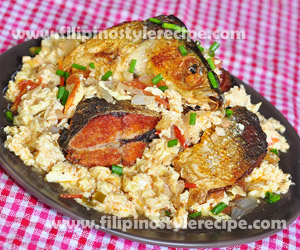 Procedures:
Part 1 (Skip if leftover fish is available)
1. Season bangus with salt. Set aside.
2. In a pan, heat cooking oil and fry fish until brown. Drain and set aside.

Filipino Style Recipe: Pinais na bangus is another simple and easy native dish. The fish is usually stuffed with tomatoes, onions, ginger and wrapped in banana leaves. Then cooked together with kamias or tamarind together with other vegetables. 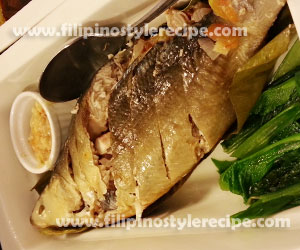 Procedures:
Part 1
1. Remove the scales of fish. Using a sharp knife, slice the back of the fish then remove innards.
2. Clean and rub the skin with salt.
3. In a bowl, combine tomatoes, onions, ginger, salt and pepper. Mix well.
4. Stuff the mixture inside the fish then wrap in banana leaves.

Part 2
1. In a large pot, arrange wrapped fish and remaining tomatoes and onions.
2. Add kamias, mustard greens and season with salt then pour enough water to cover.
3. Cover with lid and simmer over low fire for 40 minutes or until the sauce is reduce.
4. Transfer to serving plate then remove the banana leaves. Serve 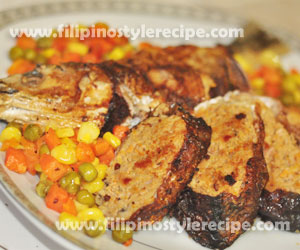